For over a week prior to this storm, we prepared our boat and I worked on several others.

I busted my ass prepping boats.  I locked things down, I took down canvas, solar panels, I took down or tied off lines, I added extra lines.  I did everything humanly possible except hauling the boat out somewhere because that really wasn’t a good option at the time.

What  I didn’t do (at the last minute, though considering it) was to move the boat off the T head where we sat, into a deeper inside slip in the mud, like I did for Dorian.  Should have, could have, would have… doesn’t work.  But, it would have merely saved me from being on the T head, and not from the damage we had from the wind.

At the LAST minute we decided to stay on the boat instead of evacuate, because up until the hurricane passed Georgetown SC, it was  STILL going inland and we’d have been ok.  In fact it wasn’t even a Cat I hurricane until near an hour before it hit us.Then it hit.

The majority of our damage was caused by heeling over against the dock.  The marina wasn’t as luck.

Almost an hour into the strongest winds (which never exceed about 80 mph) the marina broke up.  D dock broke loose and came inside on or near C and B docks.  Some of us believe, based on the positioning, D took out the pilings on the inside of the Transient Dock.

On the East End of T Dock, were three large windage vessels.  We believe the weight of thos on the end of the dock finished the ripping of pilings, many of which were old and rotten it seems, judging from the floating pieces in the water after the fact.  T Dock came inside as well, basically locking and trapping all the boats.

B dock turned into a Question Mark, our end headed toward A dock, and then when the winds and tide reversed, we moved backward, but by the B dock was broken in many places, several boats were scrunched together, and some had lost their swim platforms.  Some had holes.  One was under B dock.

Photo Courtesy of John Thomas
and his drone

Adventure is in the above shot, on the lower right.  Directly off Adventure’s Bow is Bucketlist, both of us were on the END of B Dock on the T head.  The dock to the right of Bucketlist is a portion of D dock.

There were no real injuries that night, other than bruising by bouncing off things getting off the boats.  We came through pretty well.

Some people came out from the condos to help those they felt less able to assist themselves.  Many people were scared.

All in all, though, everyone survived.  No severe injuries.  There were no boats in our marina sunk.  They all stayed afloat.

In the aftermath, some folks decided to tell me and my wife she shouldn’t be on a boat.

Well, I’m about to address this to anyone reading this.

What my WIFE decides for her is for her to decide.  Advice is fine, but insistence on telling someone they “shouldn’t be doing something” isn’t up to anyone but ourselves.

Let me be CRYSTAL CLEAR here.  I DO NOT make, force or coerce JoAnne to be on Adventure.  It was her decision to buy a boat, and ours together to move aboard, and our decision, together to do so as a couple.

Our lives are in OUR hands and no one else’s, and it’s not for others to tell anyone what to do, or how to do it.

Whether it be this idiotic “mask mandate” some over reaching “governors” have attempted, or telling others they shouldn’t be on a boat – simply is not your right to do. It’s NO one else’s business where we live or how we live, whether a boat, RV, a house on the side of a mountain or a damned jungle.

My wife makes her own decisions, I make mine. Her decision was to move aboard a boat.  Her decision, now, remains to STAY on that boat as soon as she is back in the water again.

I’m sick of those who think they can dictate what others do or do not.

Adventure is currently on the hard.  She has a few thousand dollars worth of cosmetic damage.  The rig has two chain plates I’m having a rigger examine and give me an estimate, but over all, the glass work is scratching and scarring in one area, rub rail was destroyed, as was a portion of the toe rail on the port side.

The boat was NEVER in danger of sinking (though someone was telling people on the phone that boats were sinking around them, including mine, this wasn’t the case).  Our ship is well found and would have fared much better a long way from land or sitting in the mangroves.  She has no other damage.

What she had was a badly cleaned bottom, that I pay good money to divers to do.  That is something that will be taken care of shortly.

I’m not only sick of people who think they can dictate what others do, I am sick of “professionals” who lie about their work, do only a portion of it, and charge you top dollar for jobs they don’t really accomplish, and there are SEVERAL such “professionals” who’ve done just that and continue to get away with cheating people out of money. 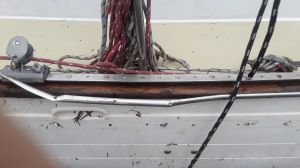 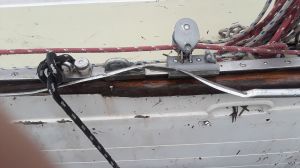 Basically, again, it’s nearly ALL superficial damage, not affecting the operation of the vessel.  We had the pretty scroll work broken off in the last image, however, I saved that piece.  You can see the steel from the rub rail there, which I also rescued.  The teak rub rail was removed in sections, and screws bent and broken, so part of the damage will be to repair the glass work, reinstall rub rails and steel, and  to check and replace the two damaged turn buckles and inspect the rigging for stability.  (To me, climbing part of it, it appears intact and strong, but the turn buckles are damaged and the chain plates need inspection and so do the through bolts).

The marina didn’t really take much action at all after the storm.  They didn’t check on people, they didn’t ask how anyone was, they didn’t bring ice down, they didn’t really do anything to mitigate further damage, and they didn’t bring fenders, lines or anything to the folks on the docks.  It was three days before “Corporate” came in and someone started making decisions.  The Manager quit.  The guys that remain are good people, every one of them, so for that matter was the manager, but I think their hands were tied, and didn’t know what to do.

As I was really the “First One” that needed to be moved, when they cut the T dock open, they towed me out.  My engine was not working right (turns out, one of those “professional things” hadn’t be done well and my prop was full of barnacles and other wild life).  I was towed out across the way to the marsh area and anchored the boat for three more days until I could be towed to the haul out spot in South Carolina, 40 miles away.

I’m not going into any more details on who did what, when, where or to whom, but suffice it to say, JoAnne and I have gone out of our way for many people, over and over and over again.  Only two people stepped forward to help me when I actually, finally ASKED for help.  Brian and Ian.  To those two… if you need something, you know how to reach me.

I’m not going to change who I am for others.  I’m here for my wife first, and I’ll continue to be that guy who offers to help.  But….. there’s a part of me that realizes others only look out for themselves first, and others later, and you must count on YOU alone in the end.

JoAnne and I have had a long discussion about our ship, about our plans for the future and about what we will do.

And what we will do, is continue to live aboard Adventure as long as God allows us to do so; it’s not what others think of us or our abilities, it’s about what WE know we can do, and what we can’t do.  No one else knows us, as well as we know ourselves.  No one knows about things we’ve gone through in our lives, people we’ve saved, people we’ve helped, mountains we’ve climbed, monsters we’ve faced down – both real and in our lives.  And no one, NOT ANYONE can make our decisions for us.

So to our friends that doubt us… don’t.  Don’t stop being our friends, but please stop telling us to give up. 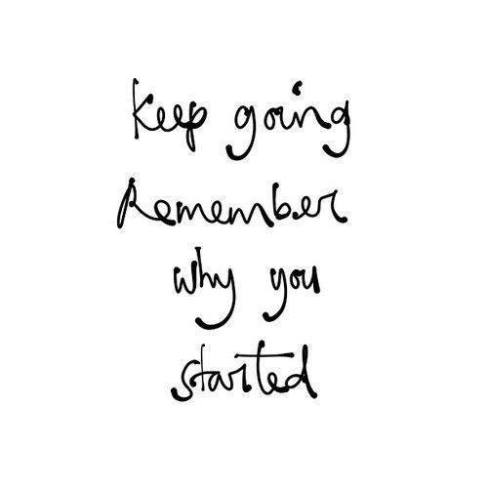 Finally, I’d like to mention some very special friends of ours whose boat was hauled out in the same place as Adventure.  They were in the middle of the disaster in Southport, NC and the last thing we heard evacuating our boat was her calling for help.  I was no longer in control of what I was doing and was worried about ensuring JoAnne’s safety and that of others who’d come onto the dock to “make us evacuate” (even though we knew the boat was fine) and we were scared for them.  Found out early the next morning they were ok.

They are going to sell their beautiful boat, but not because of the hurricane, it was planned beforehand.

So to Gloria and Todd, we wish you well and want you to go on as you have, strong, safe and happy, together.  You two have had a profound impact on our lives and we can only hope you continue to do so in the future.