Some of you know the Arabella.  At least have seen ads for her, or perhaps have even seen her riding to anchor.

In 2010 my wife and I and the crew tried racing her.  We were headed to Anegada from Leverick Bay.  She was headed elsewhere, but had to take the same course as we did for a time.

I’d say we won, but that wouldn’t be true.  But we did get compliments! 🙂 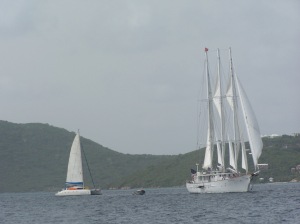 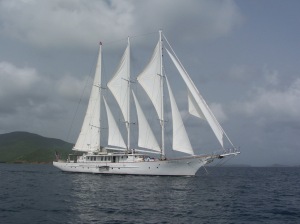 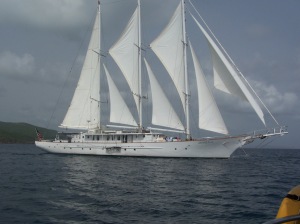 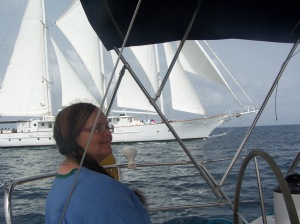 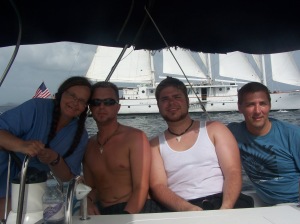 Best part we got a lot of shots of that ship in various places throughout the islands over the time we were there!