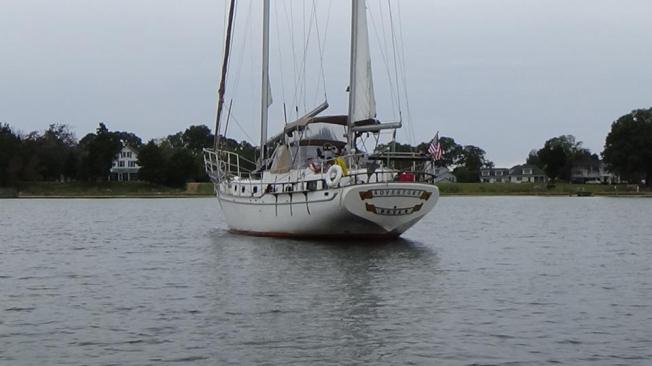 Last year for us was “Year of Adventure”.  And such an adventure it was, from purchasing our new home, s/v Adventure to moving aboard and sailing the boat south.

We had a lot of fun, and a lot of problems.  We had engine issues, we got stuck a couple of times, but mostly we were caught by surprise by some of the weird problems we didn’t expect.  They say to expect the unexpected and while we worked diligently to do just that, we still found a lot of issues that needed repairing, replacement or just tweaking.

As many of you know, JoAnne took a fall on December 2nd (or maybe it was the first) while stepping from the fixed dock to a large trawler we were invited aboard, onto the trawler’s deck.  She managed to fracture two vertebrae in her spine, the T11 and T12 and it took weeks to verify the fractures.  We knew within a few days about the T12 fracture and I made the decision to remove her from the boat for safety reasons.

I moved her to a local hotel in Norfolk for a few days while prepping the boat to sail;  we thought we’d be leaving by the 12th or so.  When we confirmed the first fracture I made the decision to bring her back to Colorado to get rested and heal up.

Because she couldn’t fly (running through the airport with a broken back is not a good idea) we rented a car, winterized the vessel and packed a few things including our electronics and some clothing, coats and the food that would spoil.  The boat was secured, put into a slip and we crossed the country in about five days.

Since then, we’ve been staying with our daughter and son-in-law and the grand kids.  JoAnne has seen a couple of doctors now, including our personal doctor who told us about the second fracture.  We still didn’t know about the T11.  Last week on Wednesday the 30th, she saw Dr. Bee, a bone doc.  She has been in a brace that was prescribed by our doctor and he told her she’s likely be in it another 12 weeks or so.

She’s still in pain on and off, but on the mend.

At this point we’ve got about five or six various plans on getting back to the boat, when to go, where to go, how to go, and where to end up.  I’m not going to detail them, but suffice it to say we always have a lot of different ideas on how to do things and if one goal falls through, another one is in place to aim for.

The main plan is to head back in April and move the boat down the ICW to arrive in Florida in May time frame, find a “home” (marina with a slip that isn’t too expensive) and then travel to the Bahamas and further south.  When Hurricane Season hits – late June, probably heading down the chain to visit further south and get out of the path of hurricanes.

JoAnne is doing ok.  Slight pain on and off.  She can’t work on the boat, so we’ll be here until she’s healed enough to travel back and live on the boat.

If anyone wishes to reach us, you can do so by going to the contact page at the top of the blog and copying the email address for our boat.  We check that daily.