I have already related to you the mess we had with insurance over medical problems.

We came back to Colorado, and then after getting that straightened out, we saw JoAnne’s oncologist, and dates were scheduled.

As luck, or perhaps fine tuning, would have it, we had a three week hiatus in which to make another trip across country.  We wound up traveling back from Colorado to Southport.  We stopped (as usual) to visit our friends, Mike and Cindy, as Cindy is preparing for her starring role in “A Bad Year for Tomatoes” in November.  (As of this writing, she did opening night and the second night’s play.  This Friday night and Saturday should be their final curtain.)

We stopped around Tennessee and we wound up at Southport late on the evening of our arrival.

The boat was pretty much a mess.  Books and other things not nailed down flew around during the hurricane.  A solar panel pulled loose from the top and fell to the deck, ripping wires from the connectors.  Fortunately, it wasn’t much of a mess, the books were cleaned up, the batteries checked, and we stayed with our friend at her apartment for a couple of night until I could clean the interior of the boat up.

We spend the next week doing minor repairs, and prepping the boat for the winter, dumping our water tanks and removing any remaining food stuffs to the car, to return that with us to Colorado.  Why not use it there?

I repaired and tested the solar charging system.  We had a major water gusher under the sink where our Seagull Water filter system resided, and had worked itself loose, releasing pressure when turning on the pressure water system.  We move a few things to storage, removed a few winter clothes and after about a week on the ground there, set out again for Colorado.

This time, we took a few extra days, as there was no rush.  We stopped again with Mike and Cindy and spent a full day assisting in the set build for the play at the local VFW Hall in Richmond, MO.  I helped Cindy with her lines and we had a good time hanging out with them.  The day we left, we both had colds, and were kind of miserable. 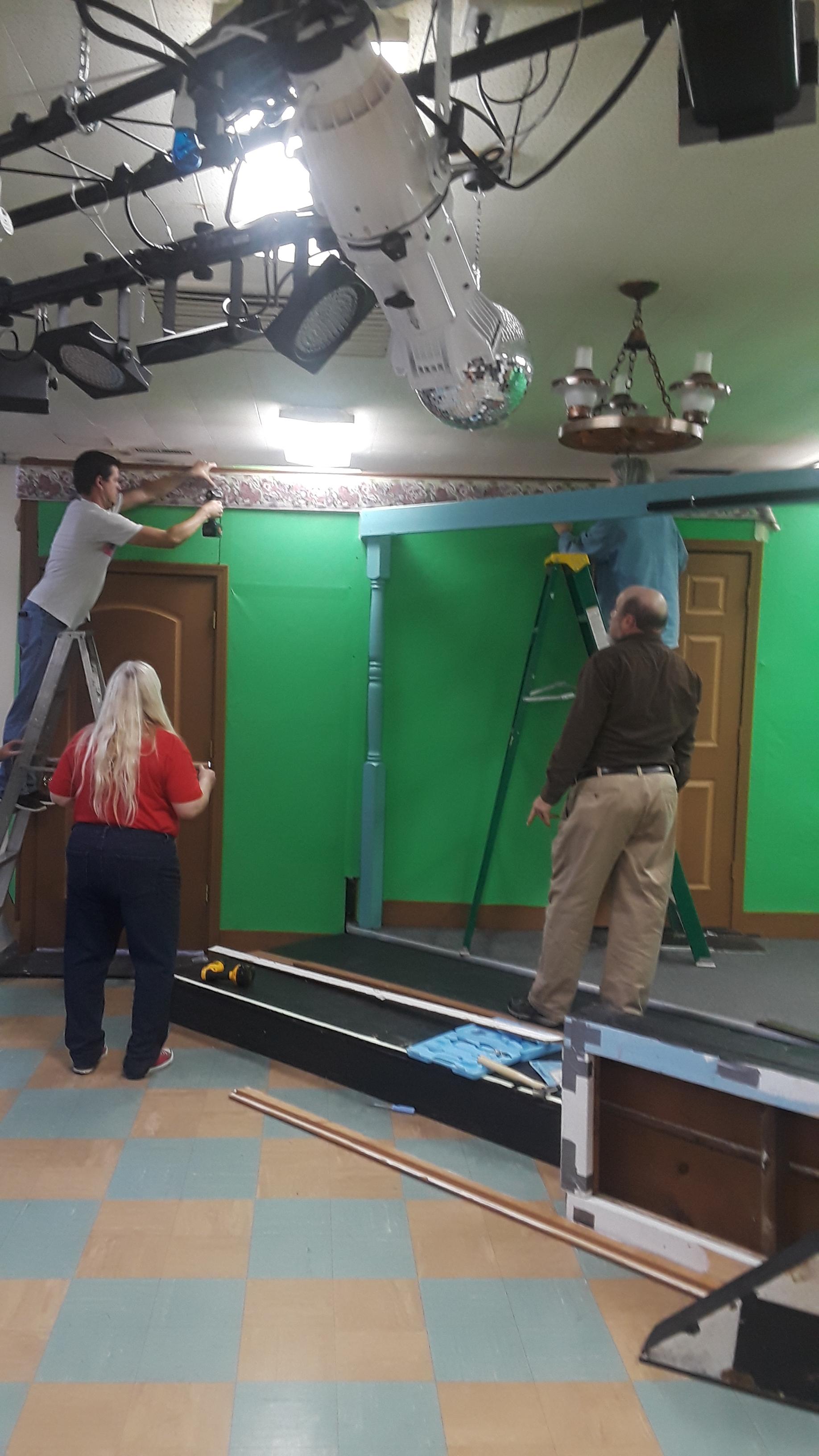 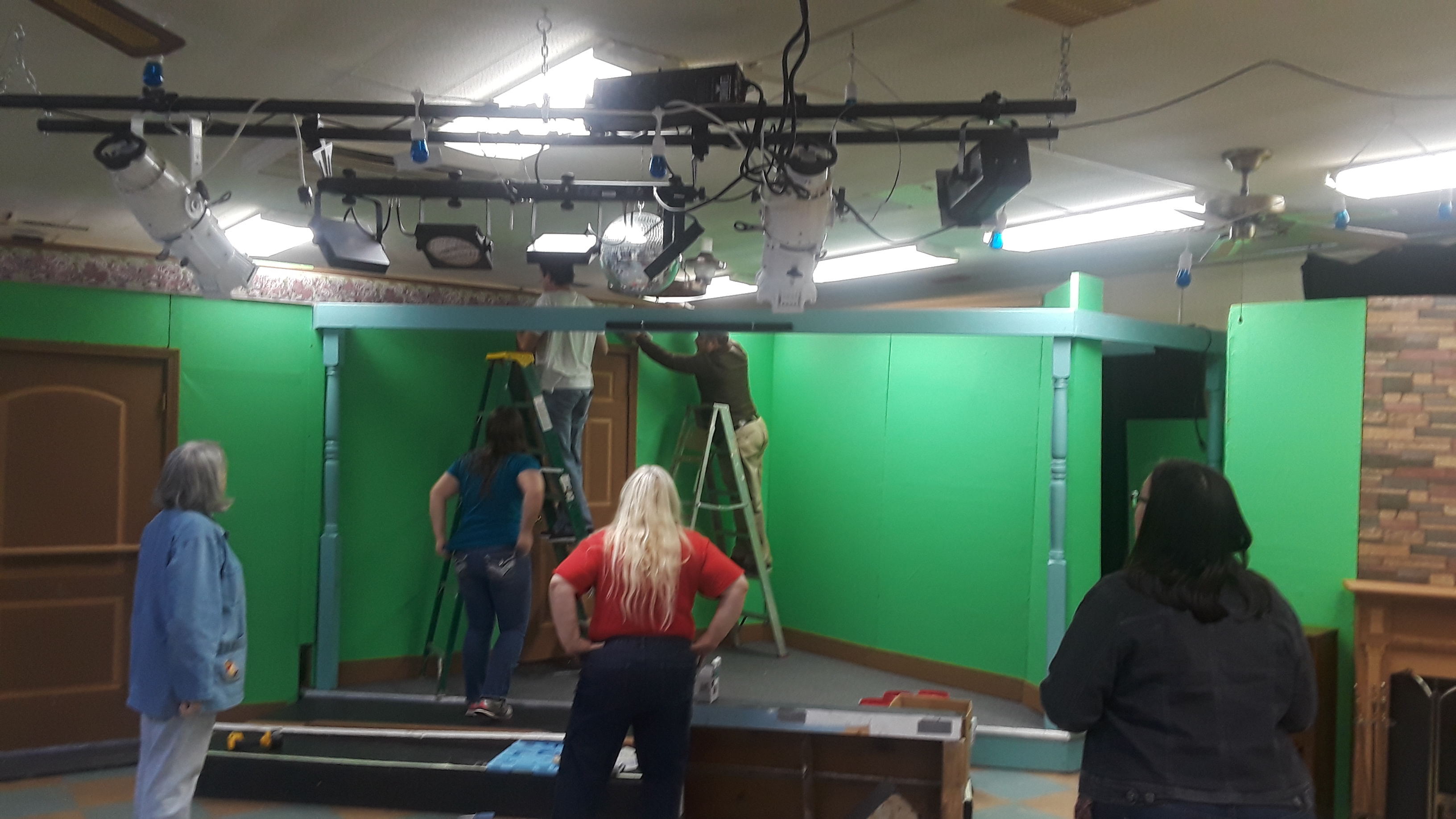 So, we stopped in Kansas for the night instead of making the long, eleven hour run from Richmond back to Colorado Springs.  We spent the night got up late, traveled and arrived back here.

Over the course of the last week, we’ve been to multiple doctor’s appointments, been in and out of two hospitals and visited most of our kids.

A couple of days ago, our fourteenth grand child was born.  His name is Lincoln Alan Dale Donaldson, and he was 5lbs & 15oz.  He’s have a few breathing issues apparently though, and is still in the hospital until they can get him breathing correctly, even perhaps giving him some  red blood cells to help as he seemed slightly anemic.  Otherwise, he seemed healthy.  His mom and dad (Lana and Patrick) are quite proud! 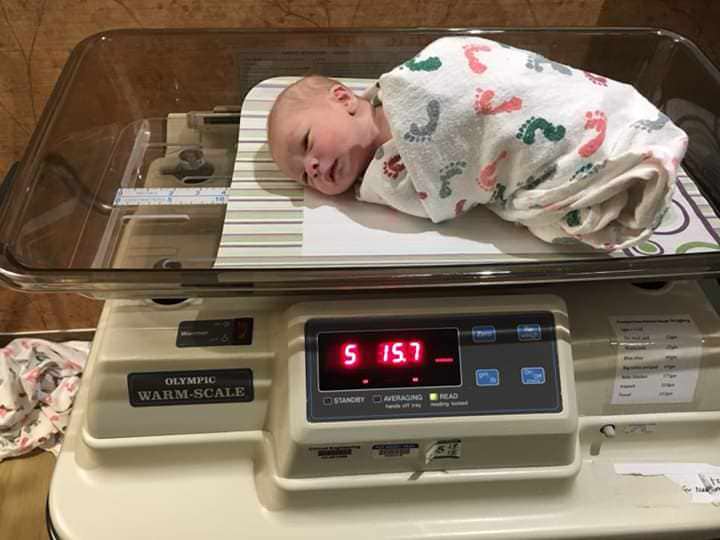 Yesterday was the beginning of JoAnne’s chemo.  She has six sessions.  They are 21 days long (scheduling, not that many days in a row!.)

The first day is a lot of chemicals, drugs to prevent nausea. etc.  The second set in the first session, will be 7 days out from the first day, and will be a short session to give her another dose of one of the chemicals.  Then it starts over again on Day 21.  This will go on for six total sessions, or about 18 weeks, interspersed with doctor’s appointments, blood work and other tests as needed.

We are hoping this particular chemotherapy doesn’t make her lose her hair like the first one did, but we’re prepared that it will, just in case.  She has some hats and scarves, like last time.  The chemicals are somewhat different this time as well, and her doctor said that people do not lose their hair “as much” with this type.

JoAnne is a tough cookie.  She fought this last time and managed to beat it back for four full years, she never really even got ill as some do, through chemo, and she worked the whole time last time.  This time, we’re completely retired and have nothing to keep us from fighting this all the way through.  She’s going to get plenty of rest in spite of herself! ha! 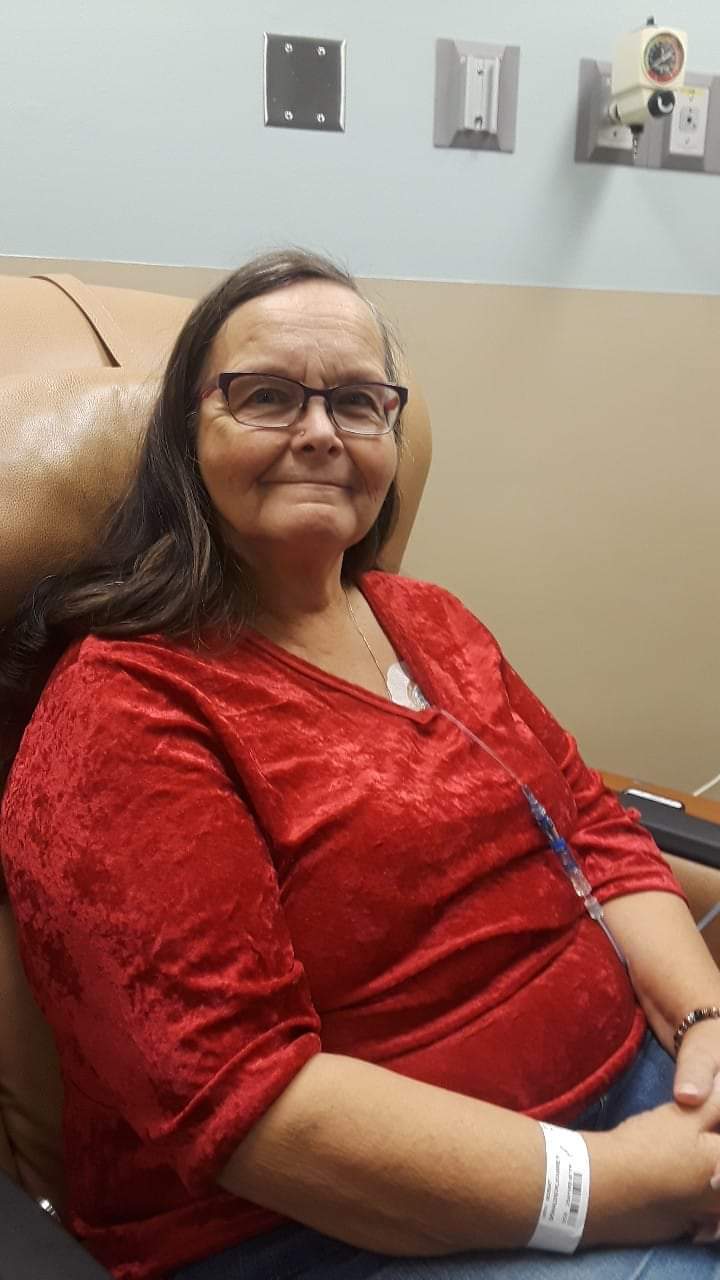 JoAnne, the First Mate of the Sailing Ketch, Adventure!

We both want to tell you folks, those who are already out there and follow us, and those thinking about it, as well as our friends who are comfortable in their homes, snuggled up by the fireplaces, drinking their hot chocolates, or martinis by the fire:

Do NOT let life pass you by while you’re “waiting for retirement”.  Don’t sit on your butts, thinking about all the things you’re going to do “When I don’t have to work again”.  Do NOT wait for “enough money” (because you will NEVER HAVE ENOUGH MONEY!) to do the “RV Thing”, “buy a boat”, “go horse back riding”, “Mountain Climbing”, “Paragliding or skydiving”.

Just don’t wait.  Do it.  Sit down and make that list of things you want to do, and then check them off, one at a time.  Save some money, go do one, pick a date, do another.

Life isn’t lived while you’re “waiting on it to catch you”.  Life is lived when you grab that bull by the horns and wrestle his big ass down into the mud and hog tie him, then jump up and win that trophy.

The day JoAnne gets her walking papers from chemo, we’re headed back to Southport without meager belongings, and we’re going to empty out the Vee Berth, put everything we don’t need in storage (winter clothing, parts, junk pieces, extra crap that we “might need one day” and all the stuff that weigh us down, collect a couple of friends as crew and we’re setting sail for the Bahamas.  Yes, it will be near the beginning of Hurricane Season.  Yes, it might be the BEST sailing time.  Yes, it will be relatively spur of the moment, pretty much “unplanned” and absolutely not the “right season”, but you know what?  It’s well past time to do it.

To our friends Kevin and Debi – skippers of their own ships, be prepared, we’re coming for you, we need a crew! (Don’t be surprised if you get shanghaied!!!!!!!!!

I know that I’ve not written much of late, but we’re not really doing much.

JoAnne continues her doctor’s appointments, and physical therapy for her back and she’s healing well.  We are ready to go back to the boat now, but she isn’t finished with her appointments.

A big one is coming up at the end of March, where she sees both the back doctor and the oncologist.  She’s having her chemo port removed at the end of the month and we’re planning to be leaving sometime in the beginning of April.

With luck everything will go well and her last checkup left us smiling.  No sign of cancer, her blood work came back good and she’s feeling great.  Except the back.  Which is significantly better than the day she fell.

We have located, thanks to our friend Kurt Seastead (S/V LoKee) a marina along the Potomac River up about 8 NM from the mouth of the river/Chesapeake Bay where we will bring the boat in late April to accomplish some major refit we need done.

Included will be replacement of at least one of the electric heads with a composting toilet.  We will install a wind generator.  We will repair or replace the refrigeration unit as necessary and I’ll put in at least one small solar panel (and hope to get our permanent panels put in though).  One other small job I need to do is to get the bow thruster working again.  It would be really nice to have it working before I head up to the marina from Norfolk because it appears tight in the slips and it would help significantly to back the boat into the slip.  The full keel and prop walks makes it very difficult to back in a straight line anyway.

Our trip from here will start in Fountain Colorado and we’ll make stops along the way back, detouring to various places.  We have a grandson we want to visit in Missouri as well as our friends Mike and Cindy, JoAnne’s brother Paul who lives in the Tampa Bay area, and JoAnne wants to swing through New Orleans as well.  Plus there are a few friends in the Ft. Meyers area who we’re looking forward to seeing one afternoon as well.

I have one marina to visit in Florida to check out – though at this point we’re considering NOT using Florida as a home base any more due to the recent laws of “no anchoring”.  How in the world a state that is surrounded by waters thinks that this is a good idea to run off the thousands of cruisers who spend several million dollars in a year, I have no idea.

I won’t wax politically on this blog but suffice it to say that government is getting too big for it’s britches and I don’t care which side of the equation on which you find yourself, it’s BAD for us all.  And these decisions by the Florida state legislature are going to kill the tourist industry until they reverse this law.  Except for the small group I have seen in Florida who actually live in the state who somehow believe this won’t affect them, almost every cruiser I’ve spoken too in the past few months have decided to cross Florida off their list of places to visit now.

Today in Colorado it is supposed to be in the 70s, and my son-in-law Carlos is throwing a BBQ and the smoking of the meats has begun.  I’m headed off to the store for some bread and beer….